The other day Miranda and her cousin Breanna walked to my house. I was cooking supper and when they walked in Breanna said,"Something smells good." Miranda replied, "It always smells good here." While we waited for the casserole to finish both girls sewed a tag square blanket for their dolls. When we ate supper the casserole was a hit. We kept eating "just one more bite." Soon we had finished it all. Miranda asked if the casserole had a name. It was nameless, but now is
"Miranda's Casserole."


Place small amount of oil in a skillet, brown meat and then add more oil. Place vegetables in the skillet, cover and cook until tender. Remove cover and let oil cook down.
Serve with sea salt


A food processor is helpful in shredding the vegetables! 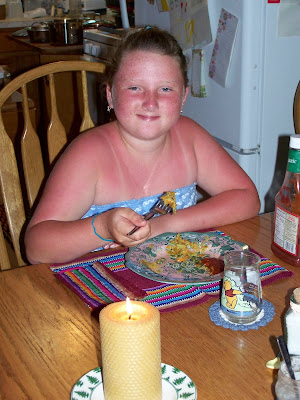 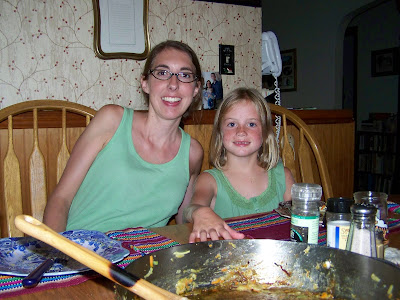 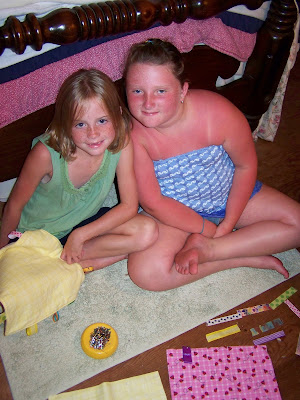 "Happy families are all alike; every unhappy family is unhappy in its own way."

This is the final results of tweaking a couple different recipes.

In a saucepan combine:

Mix well then boil one minute.


Remove from heat and add:

Mix then drop onto wax paper in desired cookie size. 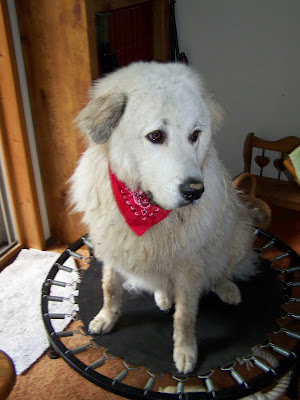 He is my handsome puppy! Although, he is never very clean. :) 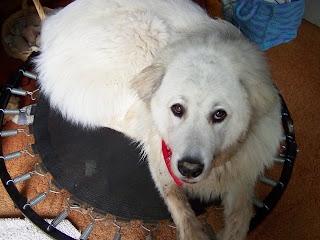 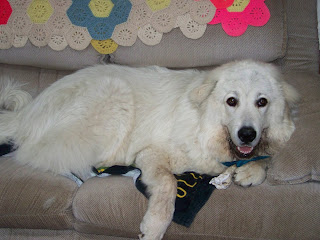 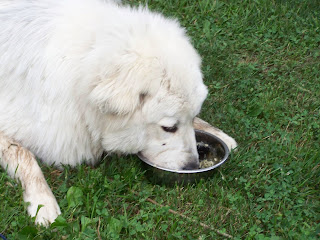 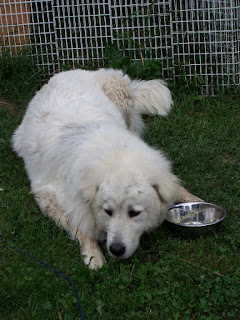 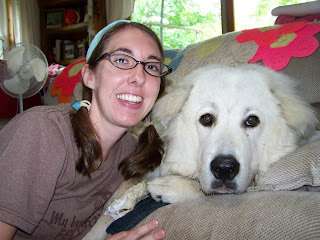 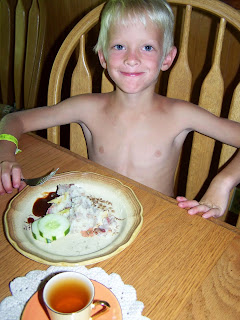 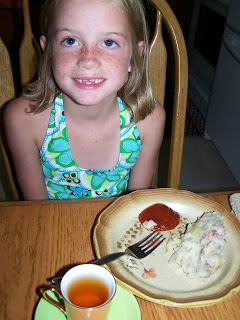 Miranda and Noah came over yesterday afternoon and stayed until this morning. During supper we discussed what to name our casserole. I asked if I should call it"Noah's Casserole" to which Noah replied, "Yes! do it!"

The conversation after Noah had cleaned his plate:
Sarah-"Would you like more?"
Noah-"What do you think?"
Sarah-"Yes?"
Noah-"YUMMY! That means yes!"
Miranda and Noah enjoy having tea in Mona's little tea cups. Our favorite is Ruby Red Chai from Trader Joe's. Miranda and Noah have also learned that dark chocolate is always available at my house.
Noah's Casserole
2 pounds mashed potatoes
1 pound ground beef, browned
1 package bacon, cooked and cut into bite size pieces
zucchini, cooked and chopped

Mix all ingredients together. Add salt and pepper.
Serve with barbecue sauce.
My mom added tomatoes and cucumbers. 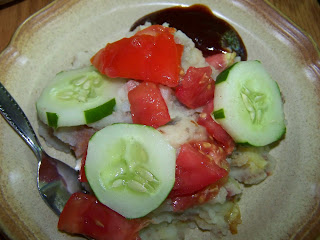 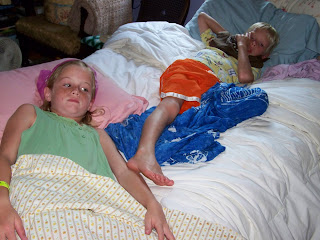 Pictures from the Fourth 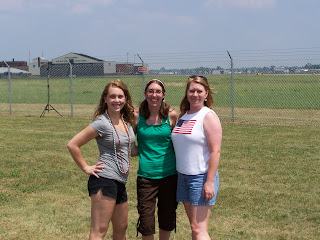 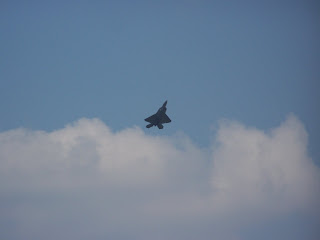 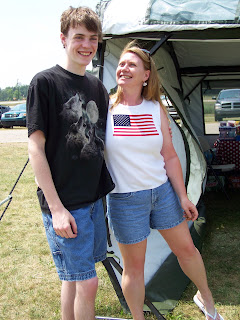 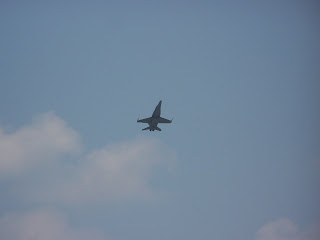 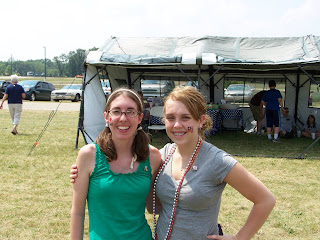 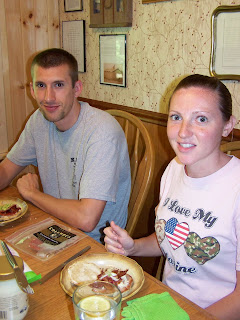 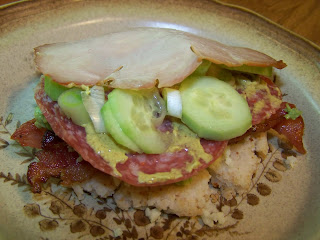 Bun Recipe
Adapted from a recipe in Special Diets for Special Kids by Lisa Lewis, Ph.D. 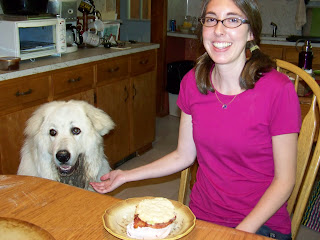 Potter will replace Sgt. Shannon Koepke, who left for a job with the Calhoun County Courts, Schwartz said.

Congratulations Matthew!
My strength has the strength of ten because my heart is pure.
-Tennyson
Posted by Sarah Tressia at 2:54 PM 1 comment:

"Well, that's his risk, if he likes to take it. He doesn't seem to lack courage."

"But if he thought the woman was being murdered-"


The Documents in the Case
Dorothy L. Sayers

" He says I am just going through a 'difficult phase' at present, and that if only I can hold on and not let things get on top of me for the next year or two I shall come out of it quite all right."


Have His Carcase
Dorothy L. Sayers

"The best remedy for a bruised heart is not, as so many people seem to think, repose upon a manly bosom. Much more efficacious are honest work, physical activity, and the sudden acquisition of wealth."

"- well, as for Priscilla, I propose to describe her dreadful conduct."

Prince smiled. "No fool tries to sail in the teeth of the monsoon? Is that what you meant?"
"Well, yes," Hudson admitted. "I mean - the navigation. You'd have to have a man who could work lunars-"
Prince shrugged again. "What's so hard about lunars? Every man in my crew can work a lunar."
Hudson's face was blank. 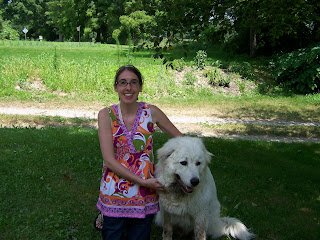 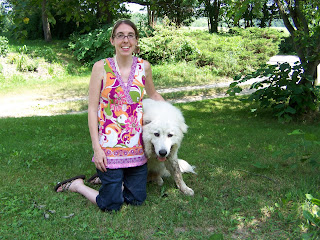 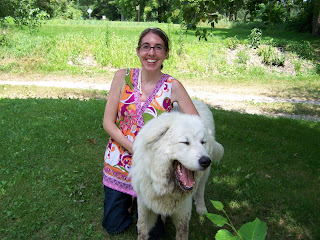 Remarks on the Anniversary of the Declaration of Independence

We are obliged to conclude that the Declaration of Independence represented the movement of a people. It was not, of course, a movement from the top. Revolutions do not come from that direction. It was not without the support of many of the most respectable people in the Colonies, who were entitled to all the consideration that is given to breeding, education, and possessions. It had the support of another element of great significance and importance to which I shall later refer. But the preponderance of all those who occupied a position which took on the aspect of aristocracy did not approve of the Revolution and held toward it an attitude either of neutrality or open hostility. It was in no sense a rising of the oppressed and downtrodden. It brought no scum to the surface, for the reason that colonial society had developed no scum. The great body of the people were accustomed to privations, but they were free from depravity. If they had poverty, it was not of the hopeless kind that afflicts great cities, but the inspiring kind that marks the spirit of the pioneer. The American Revolution represented the informed and mature convictions of a great mass of independent, liberty-loving, God-fearing people who knew their rights, and possessed the courage to dare to maintain them.
-Calvin Coolidge
July 5, 1926
Posted by Sarah Tressia at 1:03 PM 2 comments:

Is life so dear, or peace so sweet , as to be purchased at the price of chains and slavery? Forbid it, Almightly God! I know not what course others may take, but as for me: Give me liberty, or give me death!
~Patrick Henry

How little do my countrymen know what precious blessings they are in possession of, and which no other people on earth enjoy!
~Thomas Jefferson

Where liberty dwells, there is my country.
~Benjamin Franklin

Sure I wave the American flag. Do you know a better flag to wave? Sure I love my country with all her faults. I'm not ashamed of that, never have been, never will be.
~John Wayne

O! thus be it ever, when freemen shall stand
Between their loved home and the war's desolation!
Blest with victory and peace, may the heav'n rescued land
Praise the Power that hath made and preserved us a nation.
Then conquer we must, when our cause it is just,
And this be our motto: "In God is our trust."
And the star-spangled banner in triumph shall wave
O'er the land of the free and the home of the brave!
~Francis Scott Key

Thank you to Blessed for posting most of these quotes!

Today:
Dr. Hendricks is back
Liza giving me a painless IV poke
Acupuncture from Arkadiy
Sharon's thoughtfulness when I checked out after my doctor appointment
Red Raspberries picked by Beth
Kisses from Knightly
My mom made lunch and did my laundry
Chocolate
Letters from Theresa