A Gift for Easton and Gavin 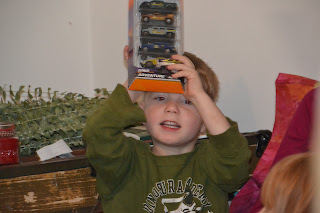 Posted by Sarah Tressia at 8:57 PM No comments:
Labels: pictures 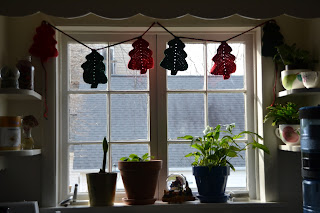 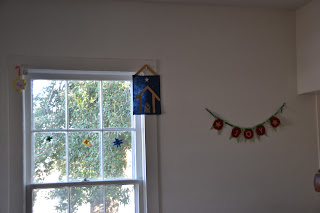 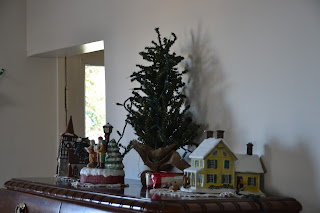 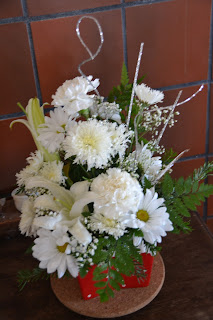 The Most Adorable Dolls! 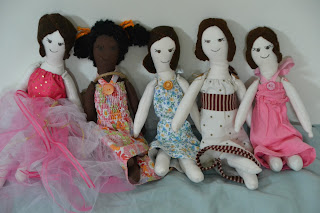 My friend Nichole makes dolls that are cheerful and absolutely adorable.  Please visit her blog- Where the Dandelions Grow. If you are looking for a homemade, USA made, recycled/up-used gift for a little girl these dolls are just right.
Posted by Sarah Tressia at 2:56 PM No comments:
Labels: functional hippie

A Few Pictures from our Daddy and Mama Get-a-way 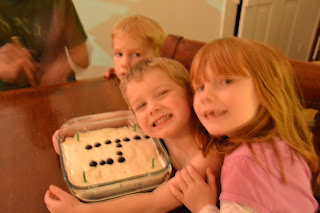 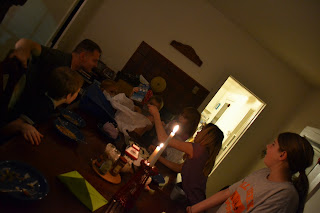 Posted by Sarah Tressia at 11:33 AM 3 comments:
Labels: pictures

"AND THUS THEY FOUND THE LORD TO BE WITH THEM IN ALL THEIR WAYS, FOR WHICH LET HIS HOLY NAME HAVE THE PRAISE FOREVER, TO ALL POSTERITY."
-WILLIAM BRADFORD

﻿
Posted by Sarah Tressia at 9:43 PM No comments:
Labels: Quotes


This recipe is from my friend April and can be found on her blog nothing-fancy-here.
Posted by Sarah Tressia at 11:45 AM 3 comments:
Labels: functional hippie, Home Education-to make or do, Simple Green Living

Visit from Grandpa and Grandma Potter 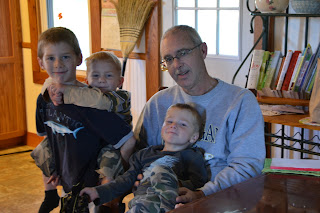 Posted by Sarah Tressia at 8:53 PM No comments:
Labels: pictures 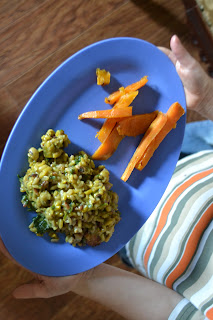 After driving by several roadside stands and tractors full of freshly dug sweet potatoes I was unable to pass up one more.  After eating the sweet potatoes fries I was thankful we stopped and so were my children.  A giant fresh sweet potato sliced and baked with olive oil and sea salt is delicious.
Posted by Sarah Tressia at 8:32 PM 3 comments:
Labels: Meal Diary

"It was 494 years ago that Martin Luther nailed his world-changing 95 Theses to the door of the Wittenberg church. These theses included rebukes to ungodly fear and superstition. 502 years ago, sometime near October 31, a baby named John Calvin was conceived who would dedicate his life to eradicating an ungodly fear of superstitious beliefs and proclaiming the gospel of grace. His emphasis on reformation, revival, and the sufficiency of Scripture had such far-reaching implications for nations like the United States that he has been described by Christian and secular scholars
alike as the true founding father of America. The Reformers did something that was very scary to the world of their day. They stood against all forms of dark superstitions which grip the minds and souls of men. It was their emphasis on the fear of the Lord and the wisdom of Holy Scripture that was used by God to liberate untold numbers of men and women. But to remember the Reformers instead of Halloween is very scary to the world. "The fear of the Lord is the beginning of wisdom" (Proverbs 9:10).
Doug Phillips
Vision Forum
The Five Scariest Things You Can Do This Halloween
Posted by Sarah Tressia at 8:50 AM 2 comments:
Labels: Quotes

A Quote to Ponder

“How can it be a large career to tell other people’s children about the rule of three, and a small career to tell one’s own children about the universe? How can it be broad to be the same thing to everyone, and narrow to be everything to someone? No. A woman’s function is laborious, but because it is gigantic, not because it is minute. I will pity Mrs. Jones for the hugeness of her task; I will never pity her for its smallness.”
G.K Chesterton
Posted by Sarah Tressia at 12:43 PM 1 comment:
Labels: Quotes 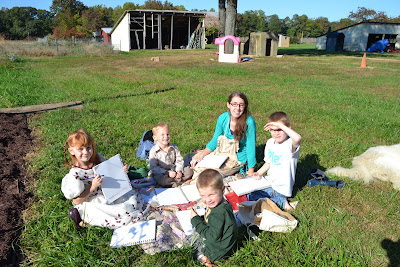 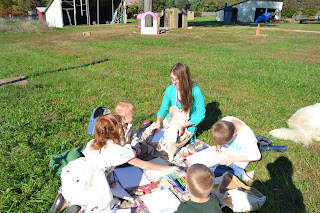 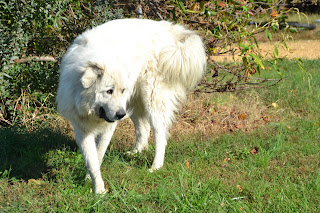 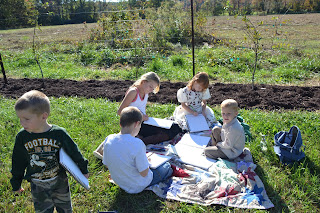 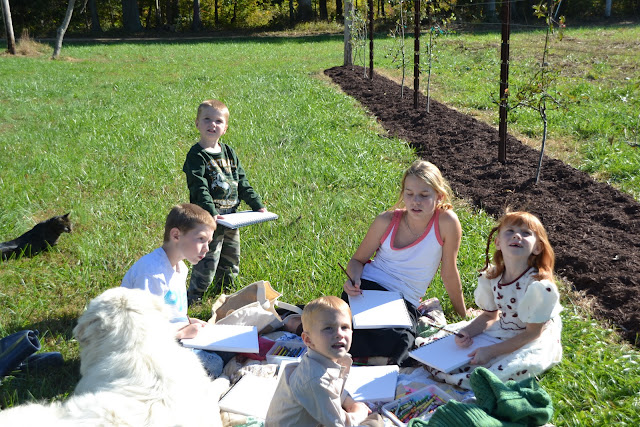 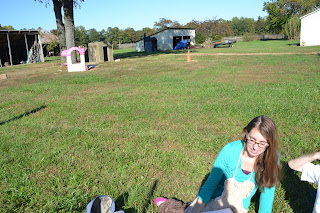 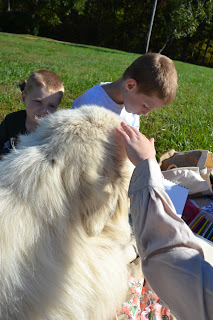 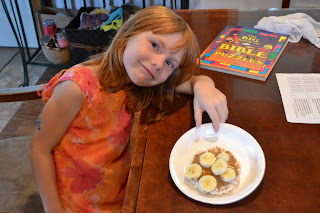 Rice cakes, sunbutter and bananas are in demand foods at my house.  Combine them and you have a yummy lunch!
Posted by Sarah Tressia at 10:08 AM 2 comments:
Labels: fruit, Meal Diary

{this moment} - A Friday ritual. A single photo - no words - capturing a moment from the week. A simple, special, extraordinary moment. A moment I want to pause, savor and remember.
inspired by SouleMama 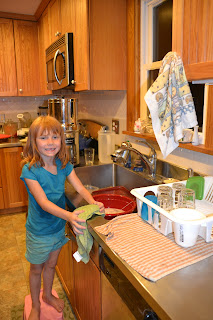 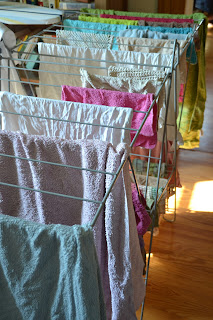 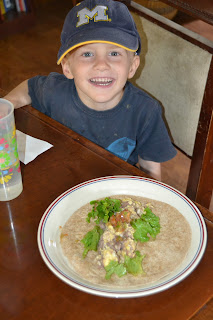 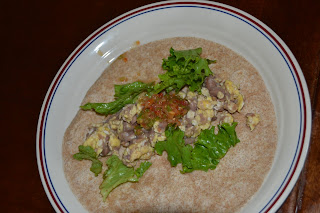 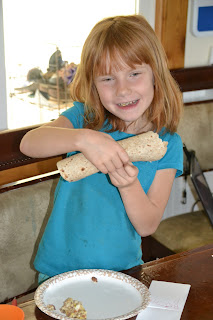 My little ones eat leftovers for lunch more often than not.  They do this with a joyful heart which is a tremendous blessing!  Last night we had tacos, so today they had scrambled eggs with left over homemade re-fried beans (thankfully they were not as thin today...I misjudged the liquid), homemade salsa, and lettuce on whole wheat tortillas.
Posted by Sarah Tressia at 2:33 PM 4 comments:
Labels: Meal Diary 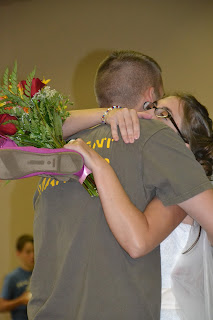 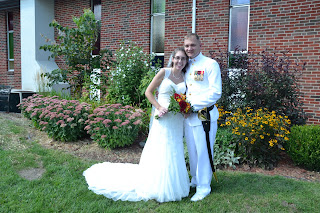 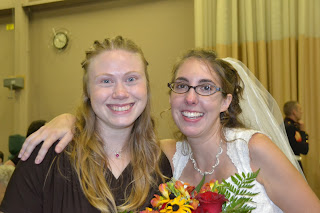 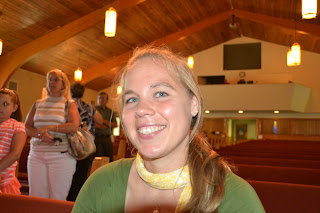 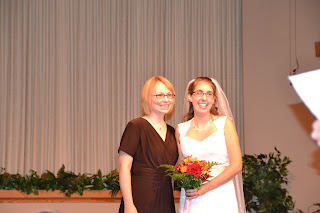